I don't want to scare anyone away from speaking out, but I know it needs to be said out loud: these people, the abusers, are predators. And they're not going to give up easily. Abusers will lie. They will deny everything. They will blame and shame those they have hurt. And their victims will be re-victimized over and over again.

Growing up, I loved riding and showing. I rode all through high school. When I moved to college, I started working for a couple at a barn close to school in exchange for riding and lessons. I'd clean stalls or do turnout or whatever they needed.

One weekend, either in my freshman or sophomore year of college, I was staying in their home to take care of the barn while they were at a show when the now-husband came home unexpectedly for some kind of emergency. He was planning to stay the night. He was making dinner and started being a little bit flirty. He grabbed my butt, then he kissed me and said, “Come on. No one will know.”

I was young and very innocent. He was much older than me. I got really upset and said, “What are you doing?” He left the house and didn't come back that night. I believe he apologized at some point, and it was basically never discussed again.

After though, the inappropriate behavior continued.

He would do things like expose himself but act like it was an accident. It was a running joke in the barn—everyone had “accidently” seen him naked at some point. It was so hard to question his behavior because it would occur so frequently and everyone just looked the other way. I went on working for them for a long time, pretending as though none of this really happened.

Then, years later, after I had just broken up with a boyfriend, he started coming up to me when I was alone in the barn. He would back me into a corner and try to kiss me. He would say that he knew I was lonely.

It went on for about a year. He was always very aggressive and intense. It got to the point that I was just uncomfortable around him and his partner. I felt guilty. I felt ashamed. I finally quit working for them, but he continued to pursue me when I saw him at horse shows. It wasn’t until I was away from the barn for six or eight months, maybe more, that I was finally able to tell him I didn’t want to do this anymore.

That experience sent me down a dark path for years. Are all men like this? What should I have done when this all started? Are all of my relationships going to be like this now?

I knew that what he had done to me was wrong. At one point, I contacted an employment lawyer and told him about my experience. But they told me that they couldn’t take on these kinds of cases because they aren’t profitable. A civil case takes hundreds of thousands of dollars. And what do you get? A settlement? You will probably end up paying more for the lawyers.

Around that same time, I started talking with a friend who had worked with me for many years about what had happened. She had also worked for this couple and disclosed that she had been in a similar situation with him at the same time. I confronted my former employer about it, and he seemed shocked. I could tell he was really freaked out that we knew each other’s stories.

For the longest time, there wasn’t really anything we could do about it. Then, all of a sudden with SafeSport we had a venue to address what had happened to us. It was a chance to tell our story.

Even then though, we didn’t come forward right away.

I kept in touch with my friend and we connected with another employee he had preyed upon. It was only after we all got together that we felt strong enough to do something. I pulled the trigger and reached out to the U.S. Center for SafeSport. We all did interviews for the SafeSport investigation, and after that, people started contacting us. It came out of the woodwork that this pattern had started before I got there, and had been going on the whole time I worked there and after I left.

Eight of us total came forward to SafeSport, but there were a dozen more who I know of were not comfortable going on record. It was just the tip of the iceberg.

Taking the initial step to submit the information to SafeSport is hard for a lot of people. Maybe they’ve never spoken about their experience to anyone before, ever. You have to talk about how someone hurt you, and that opens you up to painful memories. And then you have to answer deeply personal questions so that they can begin to gather enough evidence to move forward.

In our case, once the ball started rolling, more and more people called in to add their testimonies. The stories just started piling up so fast. They put all the interviews together into one transcript from all the victims, and then they did an interview with the accused person. The SafeSport process also allows for anyone who wants to to testify for that person.

I think one of the hardest things, for me, was that everyone involved in the case gets to read all the testimony. Seeing what happened to so many other people and recognizing yourself in their stories, it really hit me hard. I realized just how bad things were, and how many things had gone on.

I had a lot of guilt about being there for so long and not knowing the depths of what he did. It happened to me at the very beginning of my time there, and if I had said something then, maybe it could have stopped him from hurting someone else.

And then there was also the painful experience of reading his testimony, because of the level of untruth in it. He lied about so many things, even things that are easily proven false, like claiming he paid my way through college.

SafeSport ruled in our favor and he was sanctioned permanently ineligible due to sexual misconduct.

Because he decided to appeal, we all had to participate in a formal arbitration in front of an arbitrator on Zoom. We had to give our testimony all over again, knowing he was sitting there watching and listening. His lawyer was able to cross examine us, during which time he tried to place the blame on the victims. Claiming we were drunk. Saying we were lonely and didn’t say no.

In the end, the arbitrator found the evidence to be credible and upheld the ban. Maybe the consequences aren’t huge, but he can’t work in rated sport again. It gave us some closure, acknowledging publicly that what he did was wrong, and it shouldn’t have happened. I think we all had an emotional response when the trial was over.

But the road didn’t end there for us.

After the SafeSport decision, our abuser retaliated in a very public way on the internet—and it is just completely shocking and scary because he can say anything he wants. It doesn't have to be true; he and his partner can completely make things up and put it out there, which has been incredibly upsetting for all of the women who came forward to tell their stories. They have targeted and singled out individuals, myself included, and my heart continues to break for how they are being re-victimized.

I'm disappointed with SafeSport over this issue, even though it is not their fault. They told us that their ruling and his ban from the sport is as far as they can go. SafeSport’s reach doesn’t extend any further than that, so they don’t have the power to protect the victims from a public and painful backlash.

And it is painful.

But I’m also one of the lucky ones because I don’t have to go through it alone. Where SafeSport’s protection ends, survivors have to come together and support each other. If predators are going to lash out publicly when called out on their abusive behavior, then we need to make sure the survivors who find the courage to speak out know that we believe them and have their backs.

I wish it were easier. I can’t believe that in this day and age we are still facing misogyny and victim blaming at this level and that there are so few protections in place for victims. I don’t know how we change that. But we’re going to keep talking about it until we figure it out. I do believe in 20, 30, 40 years, things will be different. We are basically going into battle right now, fighting this fight, and we aren’t going to concede any ground.

No matter what happens, we know we did the right thing.

And we’re not staying silent anymore. 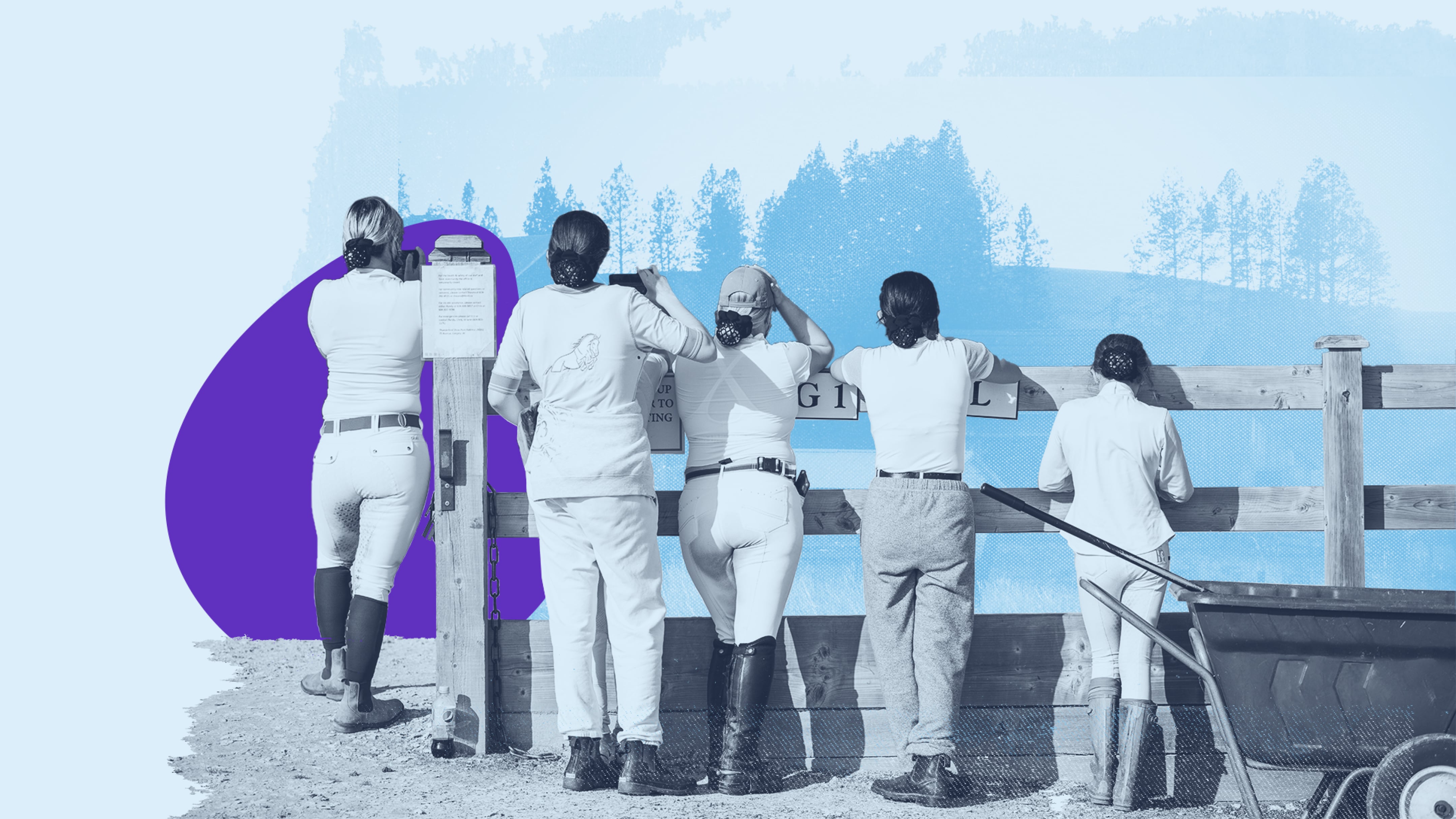 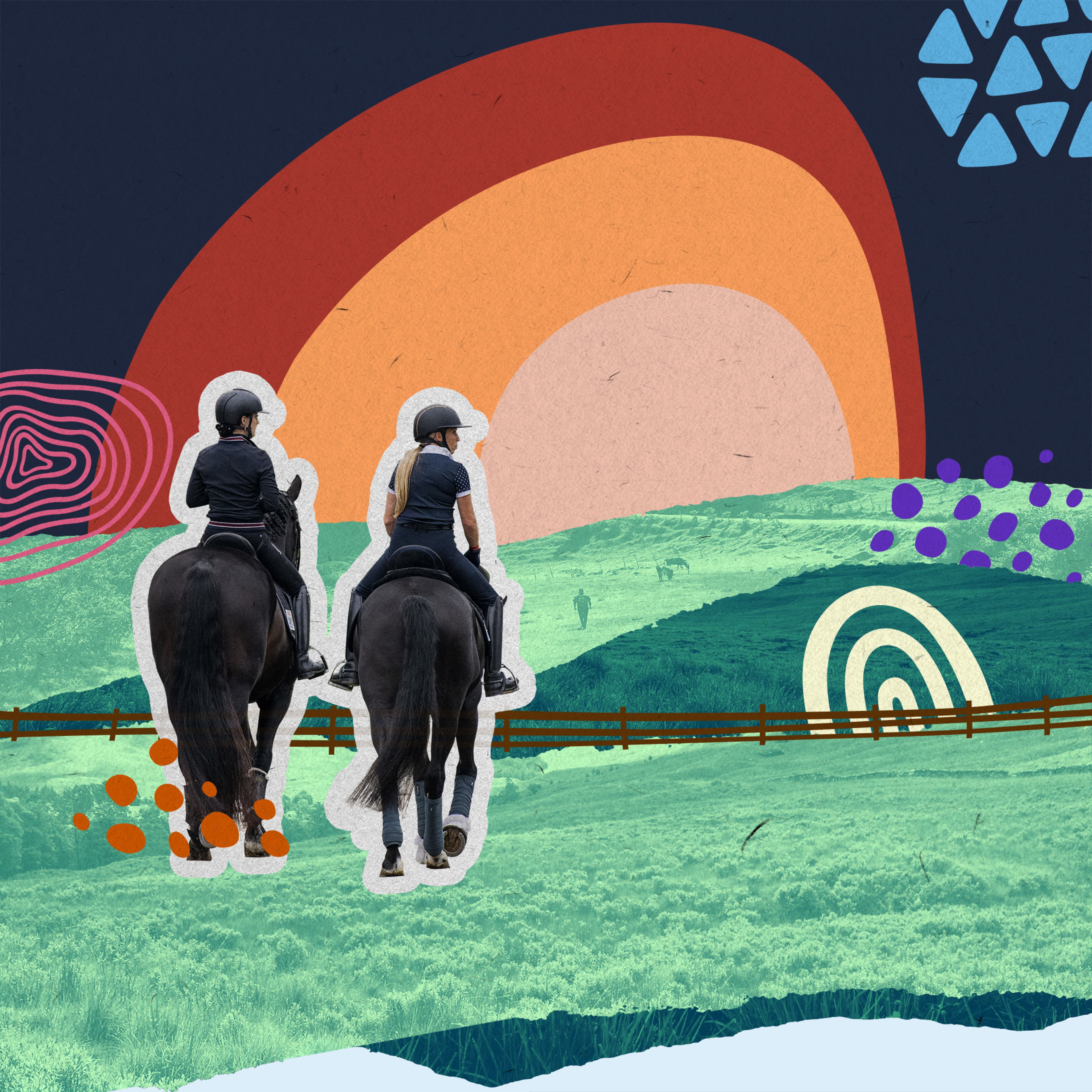 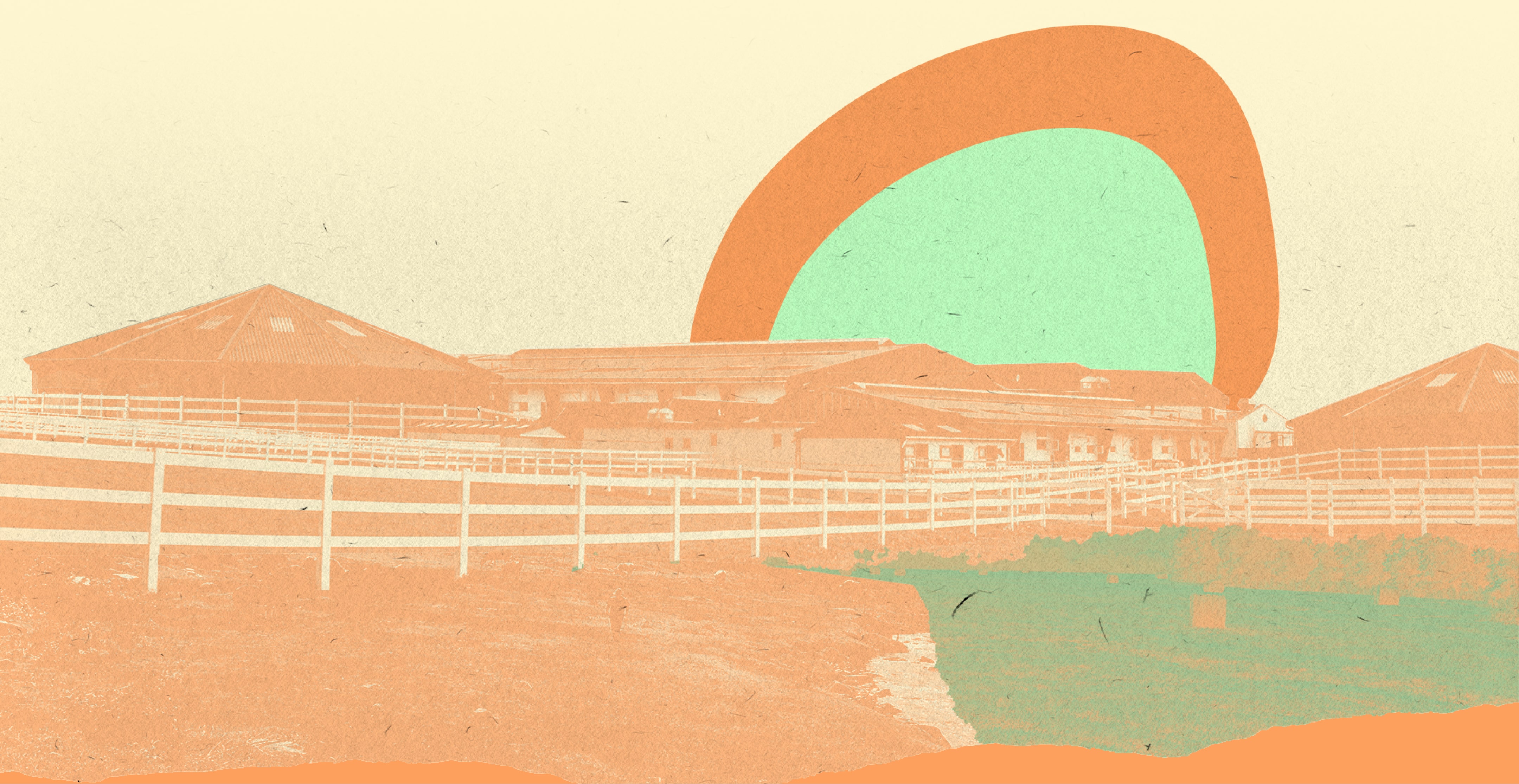 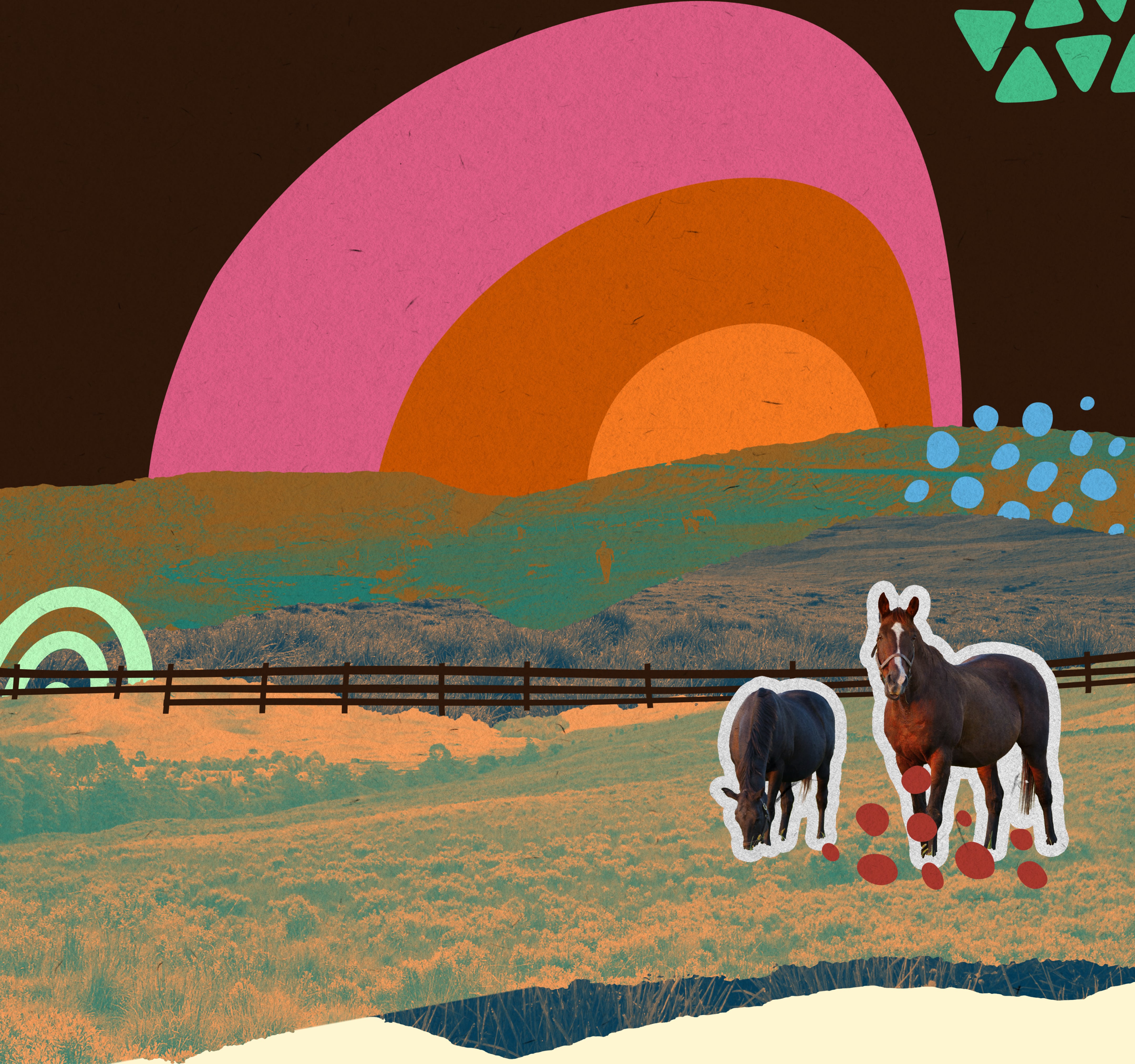